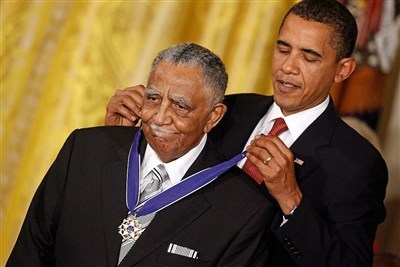 The Rev. Lowery Civil Rights Award is named in honor of the iconic United Methodist minister who was the founding member of the Southern Christian Leadership Conference with Martin Luther King Jr. and others, serving as its president, later chairman of the board. He died March 27, 2020. The Rev. Lowery Civil Rights Award is given annually to an outstanding individual or organization in recognition of their unwavering advocacy for leadership development in the fight for civil rights.

Bishop White served as United Methodist bishop from 1984 until his retirement in 2004. In 1996, he became the president of the Council of Bishops and served a one-year term. Before he was elected bishop in the North Central Jurisdiction, he served as the first General Secretary of the General Commission on Religion and Race from1968 to 1984.