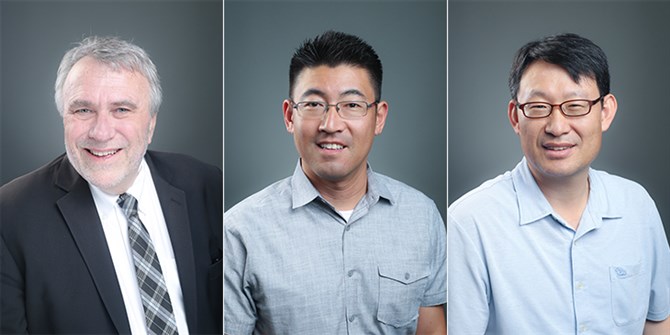 Rev. Hong comes to his new role after serving in the California-Pacific and California-Nevada Conferences. He is currently the Senior Pastor for the Korean United Methodist Church of Santa Clara Valley, where he has served for the past 10 years.

In the California-Pacific Conference Rev. Hong served as Senior Pastor of Van Nuys UMC from 2008-2010, First UMC of Reseda from 2005-2008 and Christ UMC in Santa Maria from 2000-2005. Rev. Hong also served as Assistant and Associate Pastor of Van Nuys Korean UMC from 1998-2000.  In 2010 he came to serve in the California-Nevada Conference when he was appointed to serve Korean United Methodist Church of Santa Clara Valley.

In connectional service Rev. Hong served on the Board of Ordained Ministry, the Council on Finance and Administration, and the Council on Korean Ministry in the California-Pacific Conference.  In the California-Nevada Conference he has chaired the Conference Committee of Ethnic Ministry and Outreach and as a member of the Mission Alignment Taskforce.  Presently he serves on the Conference Core Team and as Convener of the Congregational Development Mission Focus Area.  He also serves on the Western Jurisdiction Korean Ministry Council as a primary leader.

Rev. Dr. Hong earned a Bachelor of Arts from Seoul National University, Seoul, Korea, in 1989 and a Masters of Theology from Methodist Theological Seminary, Seoul, Korea, in 1993. He earned a Masters of Theological Studies from Duke Divinity School, Durham, North Carolina, in 1993 and a Ph.D. in Religion with a specialization in Early Christianity from Claremont Graduate University, Claremont, California in 2004.

He is married to June Hong who is a high school mathematics teacher.  They have 2 adult children, Irene and Lucas.  Irene is a lawyer specializing in international taxation and Lucas is in his second year at the University of California, Santa Barbara.