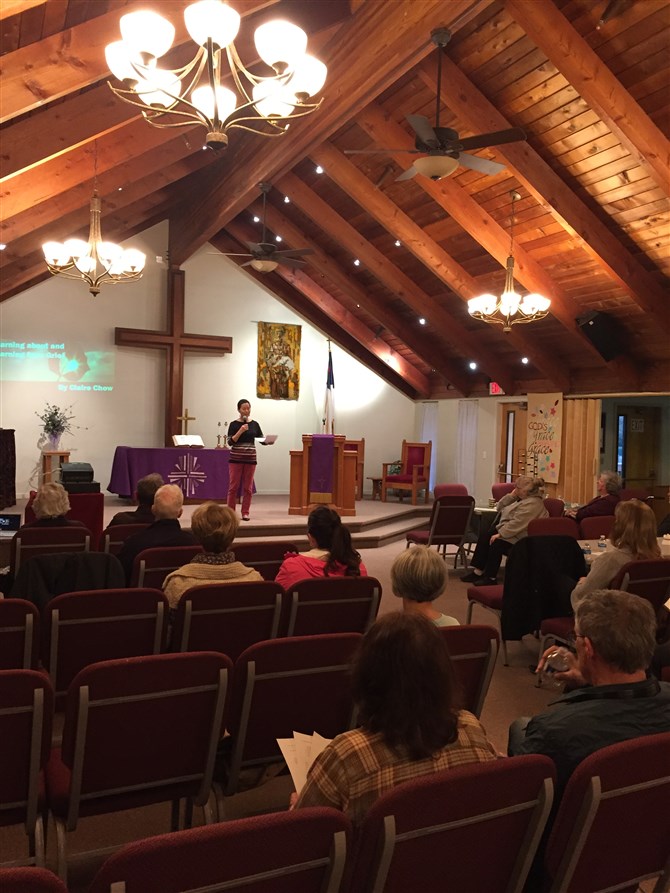 “Can a small and aging congregation reach out to locals?”

“Can a church in which many of its members have mobility issues serve its community?”

“Can a church with limited resources present new ways of looking at reality to those who are struggling?”

Since his appointment last June, these questions kept arising for Peter Hyun Ho Park, pastor of San Ramon’s Grace United Methodist Church. He wanted his new church to reach out and serve the community in the San Ramon area, so in order to practice that, Pastor Park led his members outside to the pumpkin patch and held an outdoor concert there. One Sunday afternoon, he provided free hot chocolate to anyone who visited the pumpkin patch – at that time located in the church’s front yard. None of these efforts brought favorable outcomes. Instead, he found that his members were having difficulty just moving. Only the pastor’s two-year-old son was moving constantly on those occasions!

Then a paradigm shift happened.

“Since we have trouble walking, why don’t we invite community members to our church, instead of us going outside?”

As a result, Park and San Ramon Grace UMC launched a public lecture series and named it GRACE Talks, taking the title from the famous TED Talks. The quarterly event is designed to “invite, inspire, and encourage” community members by bringing experts and professionals to the church and asking them to share with the audience their knowledge, insights, and struggles.

On Tuesday, April 2, Grace UMC held its first GRACE Talks, and move than 20 people attended – nearly half of them from the community. Thirty minutes prior to the talk, the church hosted a light supper, which drew in people who were on their way home from work, as well as retired people. When the excitement of greeting, eating, and chatting had cooled down, at 7 p.m. the guest speaker, Claire Chow – a therapist, counselor, and member of Lynnewood UMC – gave a presentation titled, “Learning About and Learning From Grief.”

Chow’s talk not only informed people about what grief is and how it would/could/should be dealt with, but also transformed the sanctuary into a space where audience members were able to share their own experiences of grief. As time went by, more people opened up and spoke. Some nodded, some said “Yes,” and some cried while they were listening and sharing. The event concluded at 8 p.m., but people remained in the sanctuary for a while afterward, sharing and feeling one another’s grief and, above all, finding signs of hope through it all.

“It was an interesting and rewarding evening,” an attendee recollected.

The first GRACE Talks has concluded, but more will come. Thus, there will be signs of grace and hope for the future.