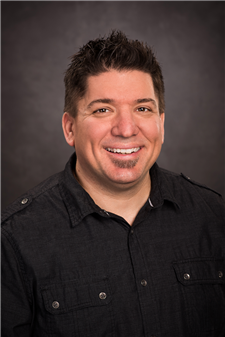 An award winning digital artist, Jason continues to establish new styles for visual imagery in worship that he hopes will help the church reach the culture we live in. Known for his pioneering work in digital images for worship, he has devoted the last fourteen years to developing professional, highly emotive graphics, animation and video that are being emulated in churches throughout the country.

Jason’s passions include designing worship, production, acting and teaching. He leads seminars across North America on creating cutting edge worship, with an emphasis on demystifying the productions process. Believing in the power of the story, he likes to pepper his projects and teaching with humor.

His books, co-authored with Len Wilson, are Digital Storytellers: The Art of Communicating the Gospel in Worship (Abingdon Press, 2002), Design Matters: Creating Powerful Imagery for Worship (Abingdon Press 2006), Taking Fight With Creativity: Worship Design Teams that Work (Abingdon Press, 2009) . Jason was also the lead designer for the CD-ROM of the best selling book The Wired Church: Making Media Ministry and has completed projects for such organizations as The Fuller Institute, Easum Bandy and Associates and Abingdon Press. In addition, he has designed worship alongside such leaders as Adam Hamilton, Michael Slaughter, Tony Campolo and Len Sweet. As animator/illustrator and member of the worship design team at Ginghamsburg Church from 1997-2000, Jason brought a fresh approach to the use of digital media that raised the bar for artistic standards in worship. In 2009 Jason returned to the team as an unpaid servant.

In 2000, Jason co-founded Lumicon Digital Productions, a non-profit arm of UMR Communications whose purpose is to be a comprehensive teaching center for assisting churches in the ministry of digital culture. After 2 years of casting vision and producing high quality worship resources for churches through Lumicon, Jason established Midnight Oil Productions along with Len Wilson.

Jason began work as a Media Specialist for the Ohio River Valley District of the United Methodist Church in Cincinnati Ohio in mid 2011. His work there entails coaching, personal one-on-one training, vision casting and a variety of other work related to worship and creativity.

In addition, Jason has been featured in several articles for publications including The Ooze, Homiletics, Next Wave, Rev., Technologies for Worship, Wired, Worship Matters, Your Church, Church and Worship Technology, Worship Leader Magazine and various newspapers around North America. His books are required reading at nearly a dozen seminaries.

Jason is an adjunct professor for Northwest Nazarene University, teaching a course on visual communication for graduate level students.

Jason graduated from the School of Advertising Art. He has been awarded Hermes, UMAC, and Telly Awards for his innovations in animation, design and illustration.