Bishop Minerva G. Carcaño tapped to lead The California Endowment Board of Directors 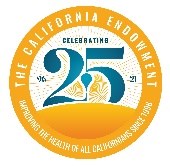 Los Angeles, CA - The California Endowment has announced the election of a new Board Chair and Vice Chair along with an additional four dynamic individuals to its governing board. The four members represents areas of youth mentoring and engagement, LGBTQ issues, Immigration, legal advocacy, cultural arts, and narrative change. The new Board members will serve a three-year term on The Endowment board and are eligible to serve a total of three terms.

“We are excited to have an august group of individuals who will provide insight and guidance to our already vibrant and ever-changing work,” said Dr. Robert K Ross, President and CEO, The California Endowment. “This group of individuals will bring needed skill sets that will positively influence our racial and health equity work for the next decade.”

New Board members are Maria Blanco, Kris Hayashi, Dr. Daniel E. Walker, Torie WeistonSerdan. All will begin their new service at the monthly meeting of the foundation board in May.

The Endowment also announced the election of Bishop Minerva G. Carcaño as the new Board Chair. Bishop Carcaño has served on the Endowment’s board since 2015 and is currently the Sacramento-based Bishop of the California-Nevada Conference of The United Methodist Church. Bishop Carcaño serves on several nonprofit boards, including the Council on Foreign Relations Religious Advisory Committee, The Southwest Industrial Education Fund Advisory Board, the African University Board of Trustees, and the General Council on Finance and Administration of the world-wide United Methodist Church.

While serving as the Bishop of the Los Angeles Area of the United Methodist Church she was an active member of the Los Angeles Council of Religious leaders. She is a recognized immigrant rights advocate. She has published numerous articles on the issue of the rights of migrants and has testified before the U.S. House of Representatives Judiciary Subcommittee on Immigration and Border Security.

For more than 35 years, Chilcott has led innovative successful organizations and programs in the public and non-profit sectors, and for more than 20 years has served as the Chief Executive Officer of the San Diego-headquartered CDC Small Business Finance. The non-profit organization has experienced tremendous growth, establishing offices throughout California, Arizona, and Nevada, and maintaining its rank as the top-volume CDC in the nation under Chilcott’s leadership.

“Both Bishop Carcaño and Mr. Chilcott will lead this Board with integrity, empathy, and proven experience to move the largest health foundation in California in the direction of health equity for all,” said Shawn Ginwright, PhD, former Board Chair of TCE. Both will begin their serving as Board Chair and Vice Chair during the May board meeting of The California Endowment Board of Directors.

The new Endowment Board members and their bios:

María Blanco is Executive Director of the UC Immigrant Student Legal Services Center that provides immigration-related legal services for undocumented students and their families at nine University of California campuses. The Center is a joint project of the University of California Office of the President and the UC Davis School of Law. With a BA and JD from UC Berkeley of Law, Blanco is a long-time civil rights litigator and advocate. She most recently served as Vice President of Civic Engagement at the California Community Foundation. Blanco has also served as Executive Director of the Chief Justice Earl Warren Institute at UC Berkeley School of Law, as Executive Director of the Lawyers' Committee for Civil Rights of the San Francisco Bay Area, and as National Senior Counsel for the Mexican American Legal Defense and Educational Fund. She is a member of the Public Policy Institute of California Board of Directors, Centro Legal de la Raza, Lawyers Committee for Civil Rights of the Bay Area, and formerly served on the California Citizens’ Redistricting Commission.

Kris Hayashi is the Executive Director at the Transgender Law Center. Transgender Law Center (TLC) is the largest national trans-led organization advocating selfdetermination for all people. Grounded in legal expertise and committed to racial justice, TLC employs a variety of community-driven strategies to keep transgender and gender nonconforming people alive, thriving, and fighting for rights and justice. Kris Hayashi has been active in social, racial, and economic justice organizing for 25 years. Hayashi served as the Executive Director/Co-Director of the Audre Lorde Project, a Lesbian, Gay, Bisexual, Two Spirit, Trans, and Gender Non-Conforming People of Color organizing center based in New York City for ten years. Previously he served as Executive Director of Youth United for Community Action a youth organizing group in California, led by young people of color organizing for social and environmental justice.

Dr. Daniel E. Walker is a storyteller and social change agent. A proud alum of Head Start, he is writer and director of the films When Roosters Crow, Sol Brothers, The Ten (post-production) and The Path (post-production). He also served as the executive producer of How Sweet the Sound: Gospel in Los Angeles for KCET’s Artbound. That production won a Golden Mike Award from the Radio, Television, and News Association of Southern California and a Southern California Journalism Award from the Los Angeles Press Club, both for Best Entertainment Reporting. The Founding Director of the Long Beach Indie International Film Festival, his next major television production is a 10-part series on the impact of Gospel on Popular Music. Dr. Walker is the founder and curator of the Gospel Music History Archive and was the U.S. lead for the development of the Pentecostal and Charismatic Research Archive, both housed at the University of Southern California Libraries. A member of the board of the Heritage Music Foundation, he is also the author of the acclaimed book No More, No More: Slavery and Cultural Resistance in Havana and the seminal study “Black Church Next: Challenges and Opportunities Facing African American Congregations in 21st Century Los Angeles.” His major exhibitions include Sunshine and Central (with Matt Gainer), commemorating the 25th anniversary of the 1992 Los Angeles rebellion for the USC Sol Price Center for Social Innovation, How Sweet the Sound: Gospel Music in Los Angeles (with Tyree Boyd-Pates) at the California African American Museum, and It’s Been Said All Along: Rage, Hope and Empowerment (with Nwaka Onwusa) currently running at the Rock and Roll Hall of Fame.

The Board Chair of the BLU Educational Foundation, Walker was formerly a New York City Urban Fellow and W.K. Kellogg Foundation National Leadership Fellow. He earned a B.A. in Psychology from San Diego State University, where he was also elected president of the Student Government Association, an M.A. in Latin American History (with distinction) from the University of California, Riverside, and a Ph.D. (with distinction) in Latin American and African American History from the University of Houston. In 2018, he was awarded an Honorary Doctorate from the Claremont Graduate University for his global contributions to arts, design, and innovation.

Torie Weiston-Serdan, a scholar and practitioner with over 17 years of teaching and youth programming experience. A leader in the youth mentoring field, she wrote Critical Mentoring: A Practical Guide, which has become the handbook for culturally relevant mentoring and youth work. Outside of teaching and research, Weiston-Serdan runs the Youth Mentoring Action Network, a non-profit dedicated to leveraging mentoring in the fight for justice and equity. Through her community-based work, she is focused on resourcing youth as they do the work of re-making and reimagining systems. She established the Center for Critical Mentoring and Youth Work in 2019 and through the center works extensively with community-based organizations in support of their youth advocacy efforts, specializing in training mentors to work with diverse youth populations: i.e. Black, Latinx, LGBTQQ, first-generation college students, youth with disabilities and low-income youth. Torie serves as the director of the Community Engaged Education and Social Change MA program in the School of Educational Studies at Claremont Graduate University.

About The California Endowment: The California Endowment, a private, statewide health foundation, was established in 1996 to expand access to, quality health care for underserved individuals and communities, and to promote fundamental affordable improvements in the health status of all Californians. The Endowment challenges the conventional wisdom that medical settings and individual choices are solely responsible for people's health. At its core, The Endowment believes that health happens in neighborhoods, schools, and with prevention. Learn more at www.calendow.org.